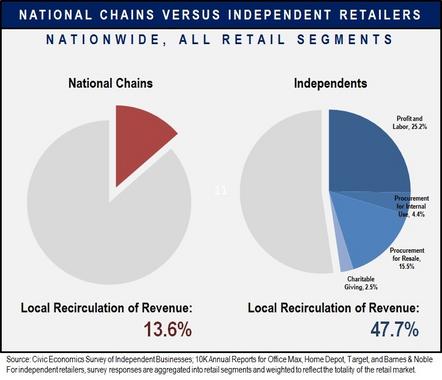 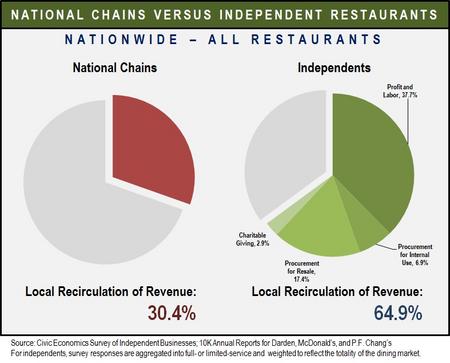 Since 2012, communities all across the nation have completed the process, including the following:

Collectively, businesses in these and other communities have completed hundreds of individual surveys.  From those, we have produced the charts below, depicting the typical impact advantage brought by independents versus their national chain competitors. 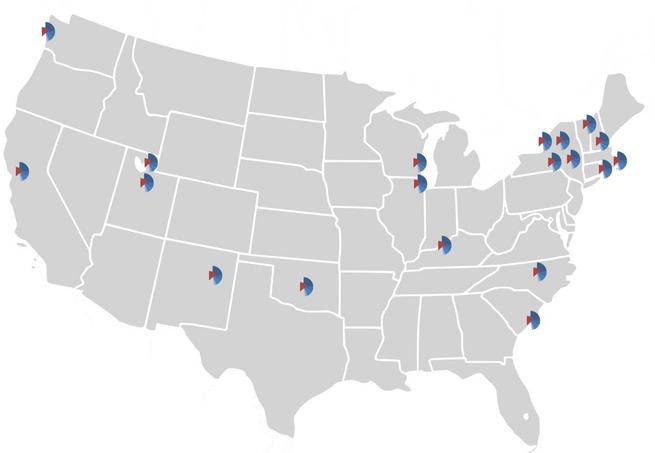 The methodology is designed to be simple, but it does require the local sponsoring organization to recruit participation from independent storefront retailers and restaurants. With partial matching funds provided by the ABA, we are able to provide this service to communities at modest cost.

But most communities cannot muster the resources to do it.  That's why Civic Economics offers the Indie Impact Study Series, allowing organizations with limited resources to develop localized data to show the enhanced economic impact provided by independent retailers, restaurants, and service providers.

Through the years, it became quite clear that even a tightly focused local study in a particular community can produce valuable local information and earned media. One only needs to talk to the business alliances in cities like Vancouver, Grand Rapids, New Orleans, or San Francisco to understand the value these initiatives can bring. 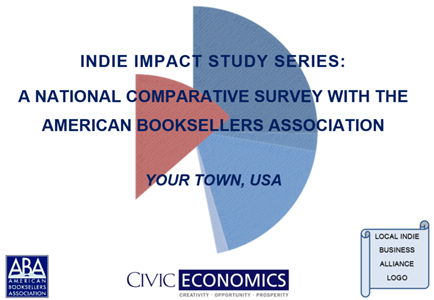